Ryan Mountain started with Work Opportunities Unlimited (Career Services Division) in October of 1994 as a Career Resource Specialist in Portsmouth, NH. In January 1996, Ryan became the Director of the Portsmouth office and in 1997 he opened an office in Rochester, NH. The programs he supervised included: Supported Employment in NH, a Vocational Rehabilitation program in Portsmouth, a Seacoast Youth Program for adjudicated youth, and vocational programs with area school districts.

In 2004, Ryan was promoted to Vice President of Program Development and expanded the services of Work Opportunities Unlimited to Florida, Maryland and Washington D.C. Starting in July of 2008, Ryan took on the management of the company Ticket to Work Program, which is a self-sufficiency program administered by the Social Security Administration; and in the Fall of 2009, as Vice President of the Career Services Division, he began supervising operations in Worcester, Greater Boston, Virginia, Maryland, and Washington D.C. In April of 2019, Ryan was introduced to the Independence Works, Inc. Board of Directors as the new President.  Independence Works, Inc. is a non-profit organization that provides employment services to individuals referred from Vocational Rehabilitation in Florida.

Ryan received his Bachelor of Arts Degree from the University of New Hampshire in 1994 and completed graduate study in Behavior Management at Notre Dame College.  In his free time, Ryan enjoys spending his time golfing, skiing, and traveling with his family. 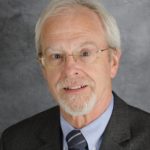 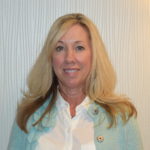